The French National Mapping Agency (IGN) is looking for a bold and motivated 6-month intern as of February 2020 to work on the European project “URCLIM”.

The main issue to be addressed during this internship is methodological. Given a portion of the urban fabric, how can we accommodate the «morphological» point of view and the «climatic» point of view? How can we operate the comparison, similarity highlighting or conversely differences reconciliation of these two distinct information layers?

Topics
Several questions are to be discussed regarding the co-visualization of these two points of view:
* How can the similarities or differences betweenpoints of viewbe presented in an efficient wayto a user?
* How can we combine statistical analysis of indicators with visual analytics so that these twoapproaches complete each other?
* How to operate the navigation between the adequate scales of observation during the co-visualization?
* What kind of data could enrich the analysis of the urban fabric areas (land use, digital elevation model, vegetation cover, shadowing)?

Objectives
From the produced data coming from MApUCE and UrCLIM projects, the internship aims to achieve the following objectives:
*Review of existing works dealings with morphological metrics that can be computed on publicand/or open data available for French cities (e.g. Toulouse).
*Implementation and evaluation of these metrics and their discriminating power on the selected urban zone of interest.
*Study the link between climate and environment morphology, by comparing climatic properties derived from urban climate models outputs with morphological metrics.
*Design a workflow to automate this comparison
*Propose adequate renderings and visualizations of the information before and after this comparison

Skills requirements
Master student in Computer Sciences or Geographic Information Sciences, with a taste for pluridisciplinarity and urban sciences.
Prior knowledge in one of these domains confers an advantage:
*GIS 3D or 2,5D.
*Visual Analytics, cartography, and dataviz.
*Statistical analysis, especially spatial analysis.

Time period and workplace
*5 to 6 months, starting from February 2020
*Internship takes place in the STRUDEL/GEOVIS teams of the LaSTIG laboratory of the French National Mapping Agency (IGN) in Saint Mandé(94), close to Paris.

Air quality in a city  boulevard affected by surrounding buildings

The Finnish Meteorological Institute and the University of Helsinki have used supercomputers to investigate what kinds of building block structures should be built along future city boulevards planned in Helsinki in order to limit the adverse effects of street traffic emissions on air quality as much as possible.

In this study we have demonstrated the utility of LES-modelling in computing urban concentrations at very high spatial resolutions, as required in URCLIM WP3. The demonstrated numerical methodology can be used to assess a wide range of future scenarios, including alterations to the urban boundary layer energy and momentum balance arising due to climate change or modifications to the urban plan.

The new Helsinki City master plan includes areas of new city development where the aim is to change the existing access routes inside the Ring Road I into urban boulevards lined with residential and commercial buildings. According to the study conducted by the Finnish Meteorological Institute and the University of Helsinki, the structure of the building blocks surrounding the boulevard streets has a significant impact on the air quality in the local streets. The study compared four different types of building blocks and one of the solutions proved to be clearly better than the others in this respect.

Block models studied: V1 – V4. In the top picture the colour indicates the height of the buildings and the ground. The darkest shade of green represents the maximum height. The picture below describes the cross sections of the building block models. The study indicated that block model V3 was best for overall ventilation and reducing street traffic induced air pollution both in the most commonly occurring weather conditions and most ventilation-inhibiting meteorological conditions.

“The best solution in terms of air quality are building blocks of different heights, which contribute to the transfer of air pollution from the street level. In this solution, the short façades of the blocks face the boulevard and the height of the blocks varies gradually from one block to the other in the direction of the street,” says Finnish Meteorological Institute researcher Antti Hellsten. More efficient ventilation reduces concentrations of harmful pollutants to which people are exposed at street level. According to the modelling this sort of construction method allows the air to flow providing good ventilation.

Such detailed air pollution dispersion modelling in an urban environment has not been carried out anywhere else in the world. The area of study was focussed on four theoretical urban boulevard plans drawn up for the Hämeenlinnanväylä area. The simulations were made at the Finnish Meteorological Institute on a Cray XC30 supercomputer running four hundred computing processes in parallel. In the study the air flow and its entrained air pollutant concentrations were modelled using a self-nested large-eddy simulation model.

The study took into account not only the ground height and buildings but also the air braking effect of trees in the street and the surroundings, as well as the effect of the weather on the ventilation. Both the weather conditions most common in the Helsinki region and the weather conditions expected to be the most ventilation inhibiting were included in the study scenarios (characterized by averaged wind direction, temperature near the ground surface, and the stratification of the atmosphere). Analysis of the model run results focused on pollutant concentration, vertical flux and ventilation efficiency.

Ventilation-inhibiting meteorological conditions: In this case clean air flows from the East and the side streets of the boulevard are efficiently ventilated, but the boulevard itself is not.

The work was done in collaboration with the University of Helsinki’s Research Division of Atmospheric Sciences, as well as the Helsinki Region Environmental Services Authority (HSY).  The study was commissioned by the Helsinki City Planning Department. The study used methods developed for the Academy of Finland funded CityClim research project, as well as other methods.

Link to an animation describing the wind field:  https://youtu.be/hTi2HPikJvk

Link to an animation showing the migration of pollutant concentrations close to the street level: https://youtu.be/6HTeWcBy1Fw

The 10th International Conference on Urban Climate took place in New York between th 6th and 10th of August. This conference takes place every 3 years and is the most important conference of the urban climate community, with more than 500 scientists each time. The scientific innovations of  URCLIM project have been presented in many talks during the conference: the new methodology of downscaling approach for climatic projections in cities by Bert Van Schaebroeck (Royal Meteorological Institute, Brussels), the analysis of the Paris case study using satellite imagery by Benjamin Le Roy (CNRM, Toulouse), the met stations of Ghent by Steven Caluwaerts (university of Ghent). Valéry Masson (CNRM, Toulouse) also presented the strategy to produce urban data maps suitable for the numerical simulations at high resolution for URCLIM.

Valéry Masson (Météo-France), scientific coordinator of URCLIM project, will have a session at ESOF 2018, which takes place in Toulouse from 9-14 July 2018.

During this event, Athanasios Votsis from FMI will  talk about his activities in URCLIM. 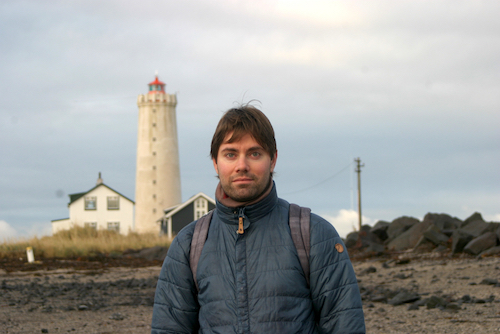 It will consist of :

For more details on the subject, here is A. Votsis and A.Perrels abstract.

The first issue of URCLIM newsletter is now available in the Newsletter tab ! You will read about the latest achievements of the project !

Project URCLIM is part of ERA4CS, an ERA-NET initiated by JPI Climate with co-funding of the European Union (Grant n°690462)